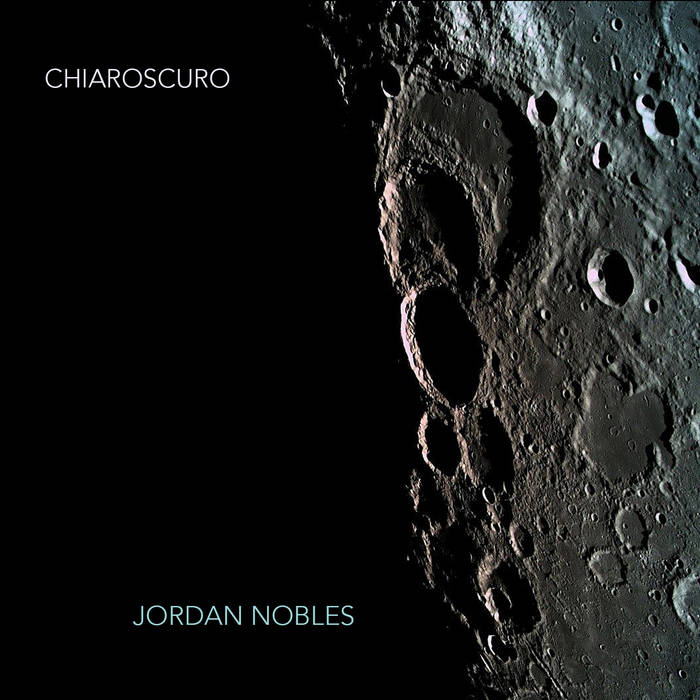 The gaye device Absolutely otherworldly and beautiful music on this album. Music that takes you away to a different state of mind.

NOTES:
The two works on this album offer us a portrait of extremes in Jordan Nobles’ output, coming from different time periods with different objectives. Yet even though 15 years separate these pieces, they are unified by common ground rules — namely flexible instrumentation and duration — which have become trademarks of Nobles’ mature music. Pulses (1999) is energetic and rhythmic, tipping the hat to the American minimalist Steve Reich. The work is in a constant state of metric and harmonic modulation, creating dramatic turns from the virtuosic to the dreamlike. By comparison, Chiaroscuro (2014) is an essay on harmonic stasis, meditating on subtly shifting colours, ranges, and articulations: a sonic rendering of the "shadows and light" painting technique from which the piece derives its name. - Mark Takeshi McGregor

REVIEWS:
"a masterful and beautiful complexity...", "brilliant use of instrumental colour..." - The Wholenote

"Inhabit[s] a post-genre place where everything from sixties “space symphonies” to minimalist modernism can happily coexist [...] A truly great recording." - Vancouver Sun

"Pay close attention to its absorbing detail, or let your mind wander and see where the work takes you." - Exclaim! Magazine

"a drifting beauty that’s like stillness being slowly subjected to the unavoidable passage of time.", "Chiaroscuro is full of warmth and beauty as much as of light and shade." - OBLADADA

“Nobles eschews conventional narrative development in the composition, opting instead for a design that’s more akin to a large-format sound painting containing a multitude of textural detail.” - textura

"I came away from this listening experience with an appreciation of Nobles’s great artistic reach, both as composer and director." - Beauty amidst anxiety, Only Strings

"The attentive listener will probably detect qualities in both of Nobles’ compositions that reflect on the wide spectrum of inventive approaches to making music that emerged during the second half of the twentieth century. That said, if the listener is attentive enough, (s)he will never confuse Nobles’ compositional techniques with any of those sources." - The Immersive Music of Jordan Nobles, The Rehearsal Studio