by Of Sound, Mind and Body 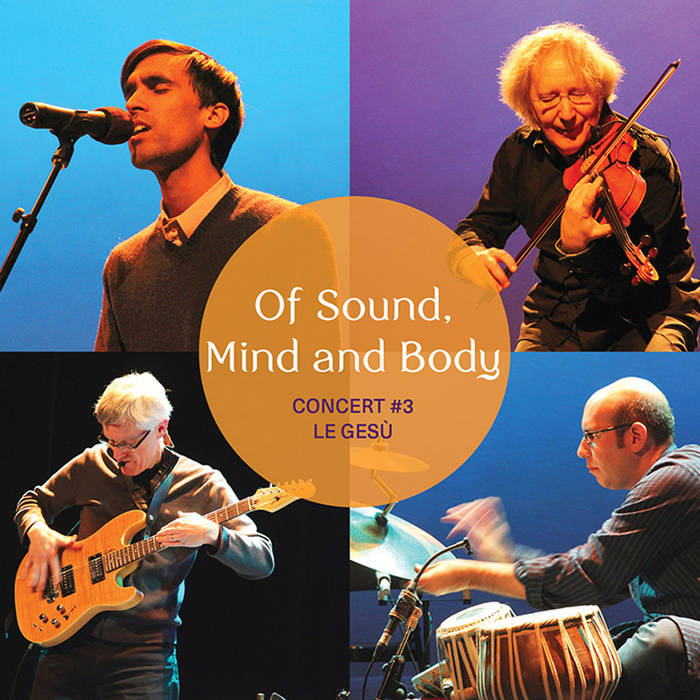 We have no idea what to call this music.

There is only one thing for certain with OS,MB: there are no rules. Any sound, any harmony, any musical gesture – however beautiful or however ugly – is on the table, in real time, at any time. That’s all we do.

As a point of departure, our instrumentation creates a cultural collision of sonic resources : North American jazz, blues and rock (electric guitar), a centuries-old Asian improvisational tradition (tabla) and the European classical universe (violon). Add to that our special guest, composer and extended-technique vocalist Gabriel Dharmoo, and the possibilities and references become both exhilarating and bewildering, all at the same time.

What keeps this grounded is the sense of dialogue and desire to communicate. This is not sound as sound, it is sound as performance, sound as human interaction. It is a conversation where the subject is always of sound, mind and body.

Recorded January 25, 2015 live, in concert at the Salle Gesù in Montréal.
Recorded by Morris Apelbam, mixed by Tim Brady.