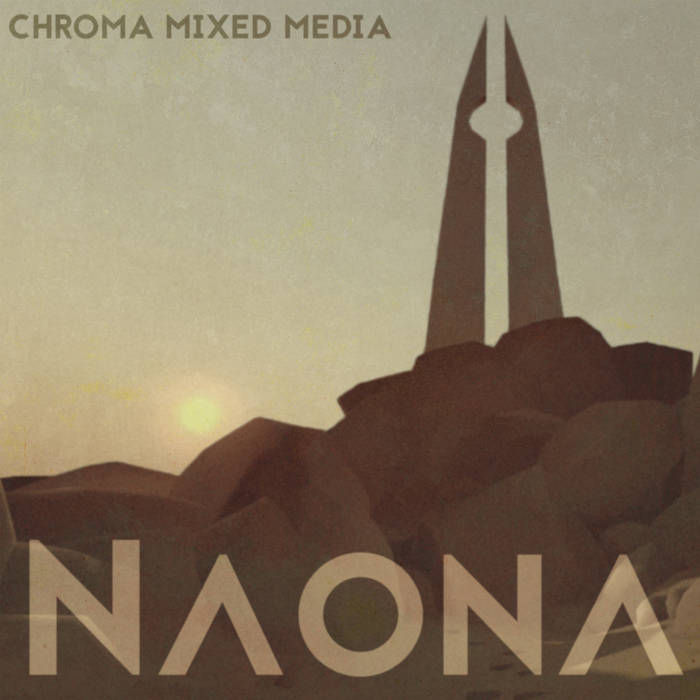 Blending experimental vocals, guitar, and electronics, Vancouver-based new music and XR collective Chroma Mixed Media’s debut album Naona is the original soundtrack to their immersive musical virtual reality experience of the same name. Naona VR places the listener in a virtual, fictional landscape populated by ancient ruins, where they journey through the world of Naona and uncover its mysteries. Their exploration of the world directly shapes how the music unfolds by tying their physical location to the tracks of the album. This gives the individual the ability to walk through the album at their own pace and create a unique musical journey. The soundtrack to Naona is one possible version of the musical journey from Naona VR.

The music for Naona was created from a series of live improvisations recorded at the ICICS Music Studio at the University of British Columbia.

In September 2019, a prototype of Naona VR premiered as an installation presented in collaboration with Redshift Music Society at the Canadian Music Centre in Vancouver. The installation version of Naona VR is available for free download through the Chroma Mixed Media website.

BIO:
Chroma Mixed Media is a dynamic new music and AR/VR collective based in Vancouver, British Columbia. Chroma was co-founded in 2015 by composer and experimental vocalist Katerina Gimon; multi SOCAN award-winning composer and digital artist David Storen; and composer, sound designer, and programmer/developer Brian Topp. Excited by the ever-evolving landscape of technology in today’s society, Chroma endeavours to explore new avenues and intersections for artistic expression by combining various art forms and new technologies in order to invite and challenge audiences expectations. They have presented works at venues including the Vancouver Art Gallery, the Banff Centre for the Arts and Creativity, the Western Front, Vancouver Public Library, the Orpheum Theatre, and the Canadian Music Centre in Vancouver, as well as in collaboration with organizations such as Cluster New Music and Integrated Arts Festival, Vancouver New Music, Redshift Music Society, and Red Door Arts Encounters.