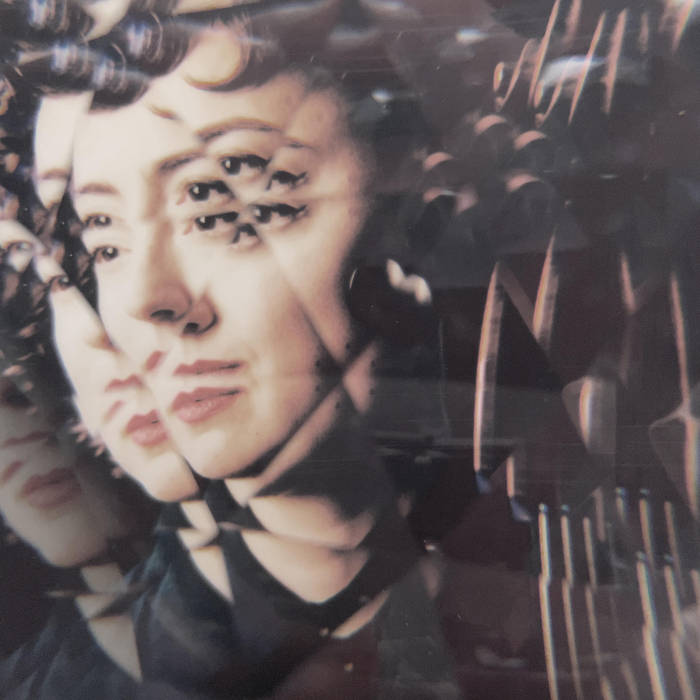 Within just the past few years, American-Canadian musician India Gailey has rapidly established herself as a singular creative force within contemporary and experimental music. Based in Halifax, Nova Scotia/ K'jipuktuk, Gailey is a gifted and generously collaborative cellist who also crafts patient, delicate compositions. Although her practice can be divided into these constituent activities, Gailey frequently allows these domains to inform one another, or even interpenetrate, or blend together entirely.

Her second release, to you through, sees her primarily acting as a cellist-interpreter, however it's clear that she has applied her keen compositional sensibility in the selection and sequencing of the collection. The material is united through its emphasis on the cello's deliciously singing tone while also delving into pertinent questions of colour and texture. Each work alludes to the instrument's rich tradition, while remaining decidedly contemporary. Gailey's treatment of every individual piece on the disc—all six of them by living composers—is also infected with personal connections to each of them.

© India Gailey 2022, all rights reserved. Made in Canada.


India Yeshe Gailey (she/they) is an American Canadian cellist, composer, and improviser from Kjipuktuk/Halifax, Nova Scotia. With a background spanning many styles, she has appeared most often in the realms of classical and experimental music, including tours across Canada, the United States, and Germany. She performs as a soloist and chamber musician, frequently working in various disciplines to create exploratory art. As a composer, India is inspired by the phenomenal world. Her compositions often explore timbral transformation, environmentalism, magical realism, and minimalism.

India’s numerous past/current collaborators include composers Amy Brandon, Nicole Lizée, Andrew Noseworthy, and Michael Harrison; members of the Bang on a Can All-Stars, Mocean Dance, and Breaking Circus; filmmakers Emily Ellis and Katrina Westin; and musicians Sarah Rossy, Leah Plave, Ken Shorley, and Norm Adams. And the composers featured on this album, of course. India is also a member of the acclaimed environmental improvisation quartet New Hermitage, whose music illustrates the soundtrack to a post-apocalyptic realm. India released her debut album, Lucid, in 2017. She appears on dozens of other recordings in various genres as a guest musician.

India received her Bachelor of Music degree from Acadia University, where she studied with Norman Adams and Christoph Both, and her Master of Music from McGill University, under the tutelage of Matt Haimovitz. Over the years, she played in masterclasses for renowned cellists such as Emmanuelle Bertrand, Colin Carr, Denise Djokic, Blair Lofgren, Antonio Lysy, Philippe Müller, and Shauna Rolston. Chamber music mentors include Denise Lupien, Ilya Poletaev, members of the Daedalus, Kronos, and Shanghai string quartets, Garth Newel Piano Quartet, Apple Hill Chamber Players, and Gryphon Trio. She studied improvisation with Jerry Granelli and Javanese Gamelan with Ken Shorley. Composition mentors include Peter Togni, Derek Charke, and Dinuk Wijeratne.

When not creating music, India helps to run Shambhala Sun Camp, a mindfulness-based outdoor summer camp for youth. She also enjoys making visual art, writing poetry, and being with the trees, rocks, sky, and earth.


Acknowledgements
Thank you to everyone who contributed to this project and made it possible: All of the stellar composers—Yaz Lancaster, Leilehua Lanzilotti, Fjóla Evans, Philip Glass, and Michael Gordon—for writing beautiful music and generously working with me to find its expression; John D.S. Adams for your vast ocean ears, dedication, patience, gentleness, precision, and creativity; Nick Storring, for being a wondrous word wizard; Jordan Nobles at Redshift Records for supporting this album; my bandmates in New Hermitage—Andrew MacKelvie, Ellen Gibling, and Ross Burns—you inspire me every day; Dario Lozano-Thornton, for your artistic wit and friendship; Anne Bourne; David Shoults; Andrea Shipka; Crane Stookey; Lesley Patten; all of the mentors, colleagues, and friends who have helped me grow as a musician; and my blood family, especially dad, for so wholeheartedly encouraging me to make this album, supporting my musical path, and tolerating countless hours of household noise pollution. I love you. I couldn’t have made this without you. Thank you.