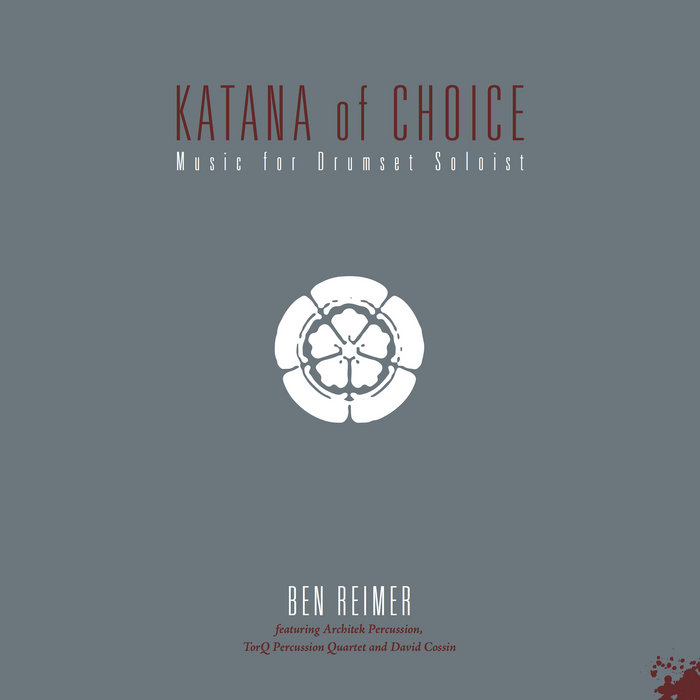 For the past fifteen years, Ben Reimer has been exploring a new role for the drumset in the context of contemporary art music performance. The foundation of this journey has been a deep respect and admiration for the players who have opened new musical and technical possibilities of drumset performance for the past 100+ years. It is this history that remains linked to the instrument when crossing over into this context of contemporary composition.

The music on Katana of Choice – Music for Drumset Soloist, written or arranged for Ben, is a convergence of influences from icons of the past with new performance techniques and modes of musical expression. Through commissions, performances and this recording, Ben aims to stimulate new repertoire which further expands the history of the instrument. With this new repertoire and its resulting techniques and performance practices, he has found his way, like generations of drummers before him, to contribute to this rich history.