Rzewski: The People United Will Never Be Defeated! 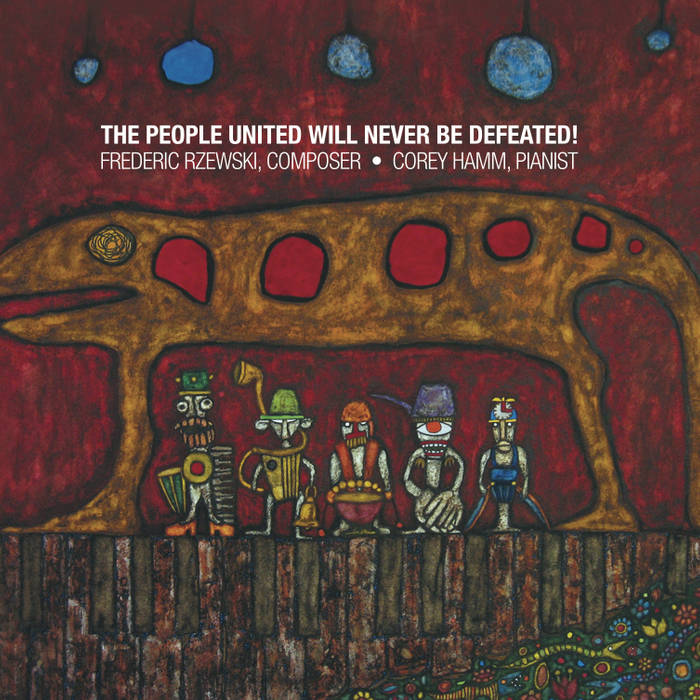 The People United Will Never Be Defeated!
36 variations on a Chilean revolutionary song by Sergio Ortega

"Corey Hamm Joins the Elite in Rzewski - There are, arguably, three supremely great recordings of this modern masterpiece: the composer's own on Hat Art (way out of print), Stephen Drury's on New Albion, and Marc-André Hamelin's on Hyperion. This version joins them"
- David Hurwitz www.Classicstoday.com

"TPUWNBD! can be (and is) performed in many different ways: as an abstract post-serial exercise, as a realist statement with emphasis on its political references, or simply as a piece of neo-Romantic piano music with (or without) an internal program. Much depends on the performer's individual approach to tempo and rhythm. I think the secret of Corey Hamm's excellent interpretation is his choice of consistently lively tempi. This simple principle not only communicates the fundamental idea of revolutionary optimism and refusal to give up or go back, but also makes it possible for the listener to grasp the basic form: just as in classical music the asymetries of Mozart and Beethoven (for example, not sequences of 8 + 8 bars but 7+ 9, as in placement of pieces in the game of Go) can only be perceived when the tempo is fast. Listening to his version, I feel that he never gets lost in his own private world, but constantly focuses on the theme of revolutionary unity, in which both the new and the old share equally; a unity without which no true revolution can be realized."
- Frederic Rzewski

"Corey Hamm's deep commitment to The People United Will Never Be Defeated! is evident in every note. This is a brilliant and moving tour-de-force of a performance that communicates Rzewski's iconic work directly to the heart."
- Jon Kimura Parker

The People United Will Never Be Defeated!
36 variations on a Chilean revolutionary song by Sergio Ortega