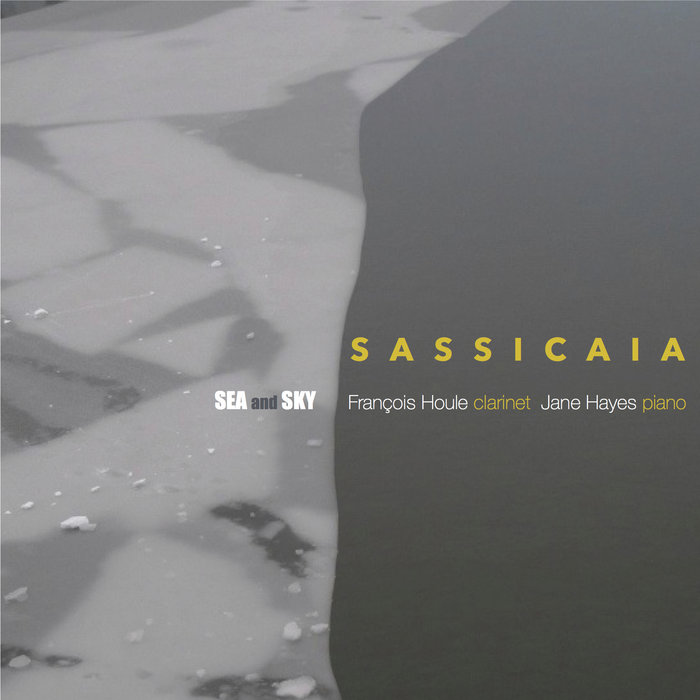 
SEA and SKY is a duo comprised of François Houle and Jane Hayes, two exceptional musicians dedicated to discovering and expanding the repertoire and sound world of clarinet and piano. Of the eight pieces of Canadian music on this disc, five have been composed especially for the distinctive qualities and adventurous spirit of this new duo. The three already existing works are jewels of the Canadian repertoire – the playful Second Duo (1998) composed by Anthony Genge, the extraordinary Sassicaia (1981) by Bruce Mather, and the elegant and finely shaped Nocturne (1977) by Jacques Hétu.

Taking its name from a rich and evocative work by the late Australian composer Peter Sculthorpe, Sea and Sky references a duality and also reveals a singularity. Here are two awesome aspects of the natural world that preserve their own powerful identity, and yet meet in the perspective of the horizon. As if in response, the music exhibits polarities of character and transcendental moments of integration. Inspired by the exploratory spirit of the duo and their alchemical range of expression, the commissioned composers present a continuum from extreme intensity to intimate subtlety. The approach to writing for clarinet and piano on the disc is widely varied. At times the music exhibits traditional artful melody with nuanced harmonic accompaniment, and at other times ingenious new approaches including altered piano, extended techniques on clarinet, and the full capability of pre-recorded tape. Throughout, the individual and ensemble characteristics of the musicians are present – from the improvisational flair, flying solos and invented duotones of François Houle; the poetic mastery, fierce power and musical depth of Jane Hayes; to the fused interpretation and brave new worlds of clarinet and piano. — Owen Underhill